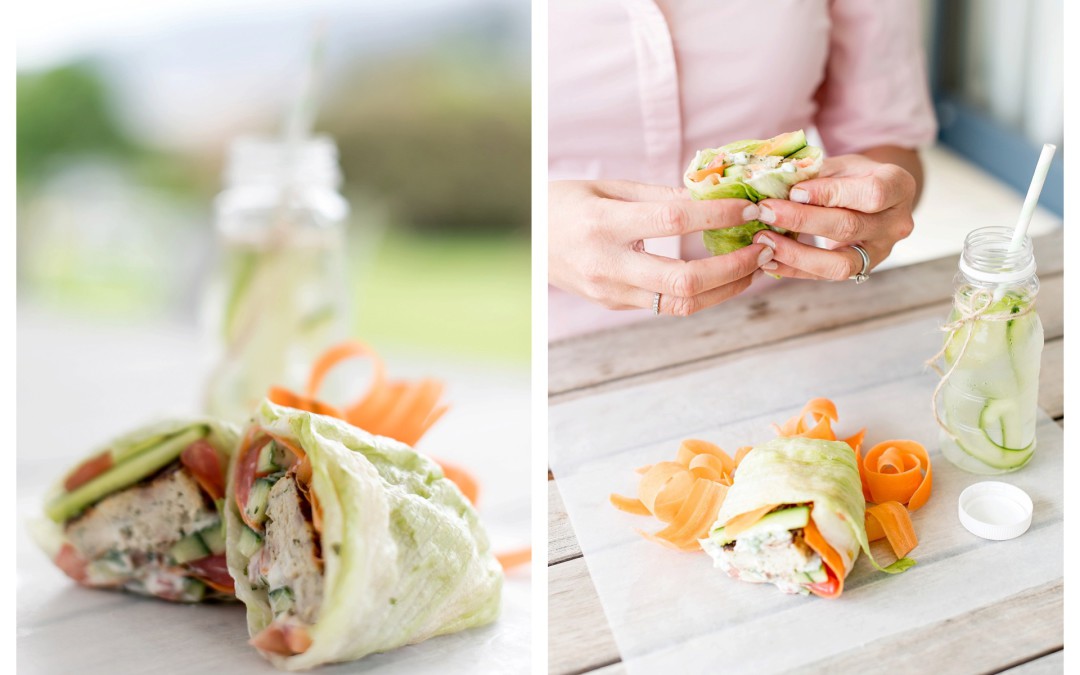 I love chicken wraps, not only are they super tasty but they healthy too!  Its always so well received by my family that I almost feel a little guilty because it took just minutes to throw together.

Just when you thought it couldn’t get any healthier, we throwing out the wheat and wrapping it up in a lettuce leaf instead …

For the Coriander Yoghurt Dressing:

Yield: 250ml (will be suitable for a few wraps)

For the dressing – put all ingredients together and blend.  Adjust lemon juice seasoning to taste. 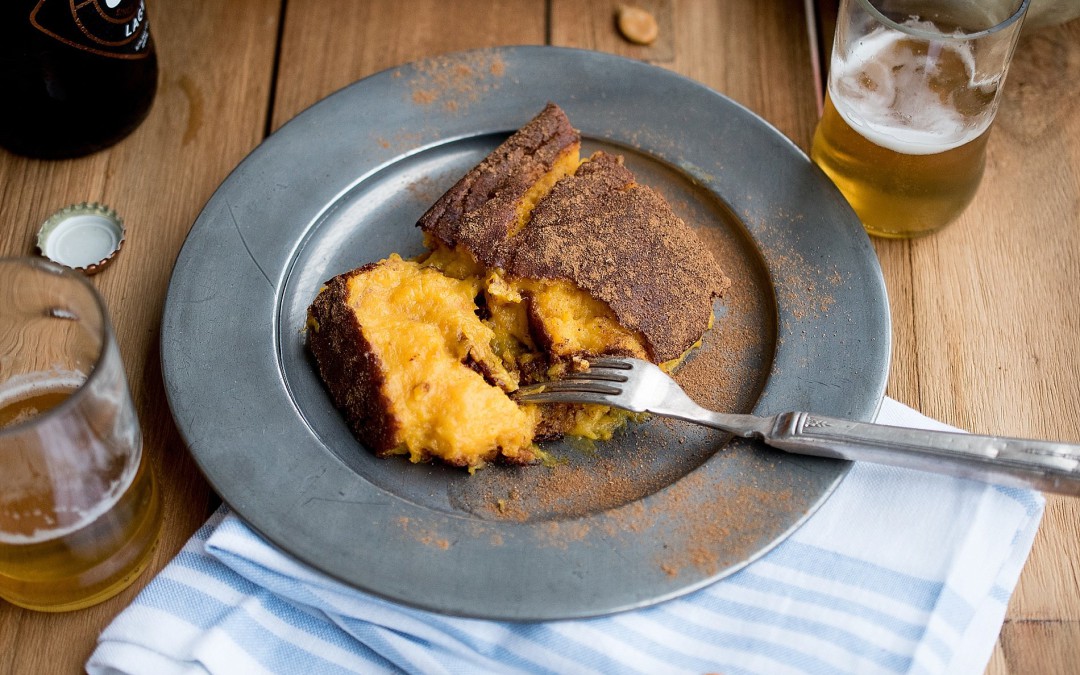 My Sister-in-law Carmen’s Pumpkin Pie is synonymous with the words braai, lunch, dinner & celebration in our family.  No meal is complete without Carmie’s famous Pumpkin Pie!   While everyone loves it, there are 3 of us who usually wrestle for seconds or for that much sort after ‘take away’.   In the number 1 spot is Carmie’s Mom, my Mother-in-law, aka ‘the Matriarch’ – I know better than to try and take on the leader of the pack 🙂  Next, fighting for the leftovers is Carmie’s Husband Heinrich … again, I know the pecking order and know that if it was left to rank, I’d be walking away empty handed,  but often, kind hearted Heinrich will give in and let me eat my way to happiness (Thank you Heinrich).

It made sense then, that I ask Carmie for this magical recipe so that I could make and share this delicious pie with friends (and always ensure I had a little leftovers stashed away).  Upon making it for friends it became evident that this is not just a family favourite, but a favourite to all who taste it.  I don’t think I’ve ever had so many requests to share a recipe … so here we go … Here’s my sister-in-law’s yummy Pumpkin Pie recipe, which she got out of a cookbook entitled ‘Cellarmasters in the kitchen’ and this particular recipe was contributed by Jan Boland Coetzee (On behalf of the nation – Thank you Jan!).

Yield: 6 (I usually double these measurements to ensure there’s enough for everyone and plenty of leftovers when catering for a bigger crowd)

Preheat the oven to 180ºc & grease an oven proof dish

Cream the butter and sugar.  Add the milk, sift in the flour and baking powder and stir until well combined.  Add the pumpkin, eggs, salt and cream and mix well.  Spoon the mixture into the prepared dish and bake for about 30 minutes, until lightly browned on top (The pie will crack on top when ready).  Sprinkle with cinnamon and serve.

Cooks Note: Carmie does substitute white sugar for brown sugar and uses butternut instead of pumpkin from time to time.  The cooking time can vary greatly … When doubling up, I usually cook the pie for over an hour.  The pie should still have a slight wobble in the middle, when done.  Its good to let the pie stand for a bit before serving, so try and bake ahead of time & then just pop in the oven to heat through again just before serving.   This pie freezes well. 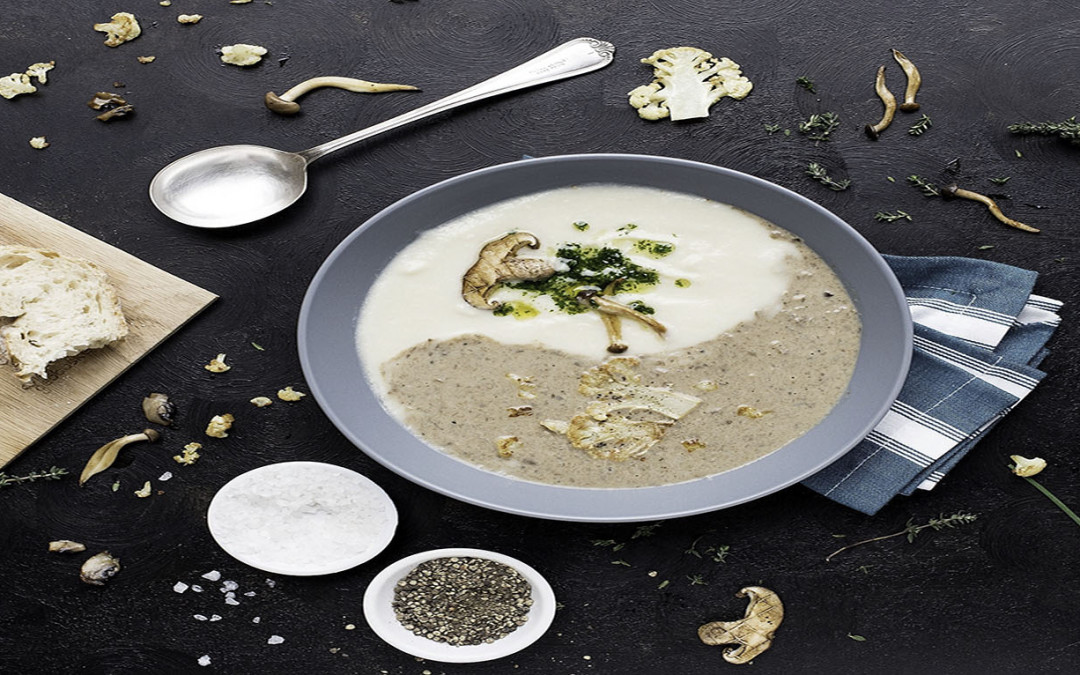 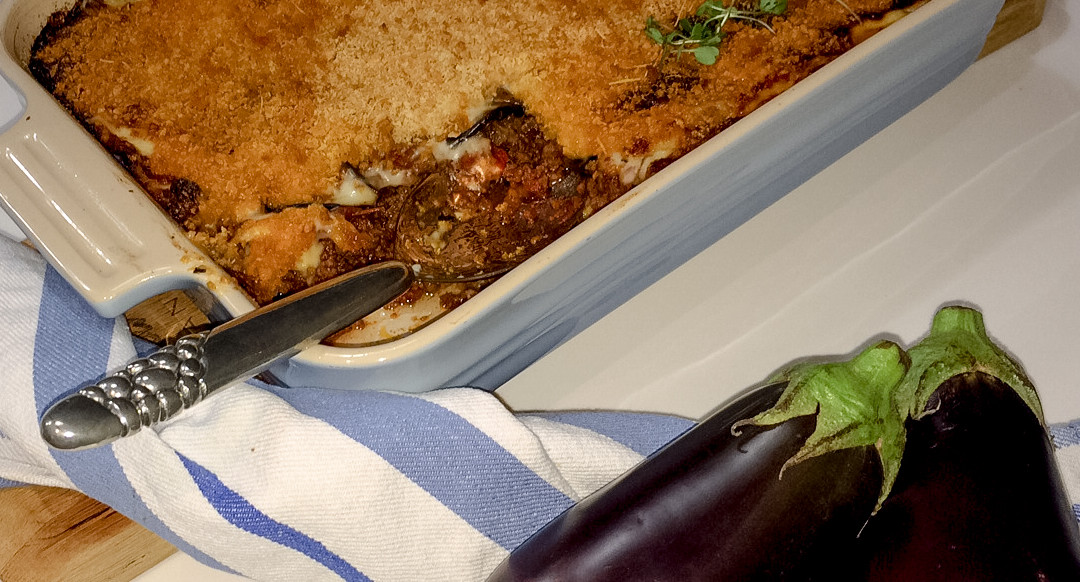 Inspired by my recent travels to Greece and coupled with the fact that aubergines are in season and in abundance at the moment, I couldn’t resist cooking up a Moussaka! It was delicious and so easy to make …

Slice your aubergines into thin rounds and place in a colander or on a cooling rack and sprinkle generously with salt.  Leave for 30 minutes to extract all the bitter juices (the colander / cooling rack will help the juices to drain away from the aubergines).

In a large saucepan, sweat the onion in 2 – 3 tbsp olive oil, once soft but not coloured, add the crushed garlic and cook for a further minute. Add the mince and fry until nicely browned. Add the wine and stir for a minute before adding the chopped tomatoes, beef stock, oregano and cinnamon. Simmer for approximately 40 minutes and adjust the seasoning with salt & pepper.

Whilst this is simmering,

Prepare the white sauce by melting the butter in a saucepan over a low heat, whisk in the flour and cook for 1 minute. Slowly add your milk little by little, whisking the entire time to avoid lumps. Continue whisking until the sauce thickens, if the sauce becomes too thick, add more milk until you achieve the correct consistency (think of the consistency used in a lasagne). Remove from the heat, stir in the parmesan cheese and season with salt & pepper.  Taste and adjust the seasoning until you are happy with the flavour.

Turn your attention back to the aubergines, dab with carlton towel to drain away any remaining liquid and excess salt.  Coat the aubergine rounds in olive oil and fry in batches , in a non stick pan over high heat for a minute or two before turning and cooking the other side – you want to achieve a nice charred appearance. (If you have a griddle pan, use it).

Layer your oven proof dish with the mince sauce, white sauce and a layer of aubergines, repeat if necessary and end with a final layer of white sauce. Mix together the remaining parmesan cheese with the breadcrumbs, sprinkle on top and bake for 30 – 40 minutes until bubbling and golden !

Serve with a salad of baby spinach leaves, tomatoes, cucumber and feta and a good bottle of red wine 🙂 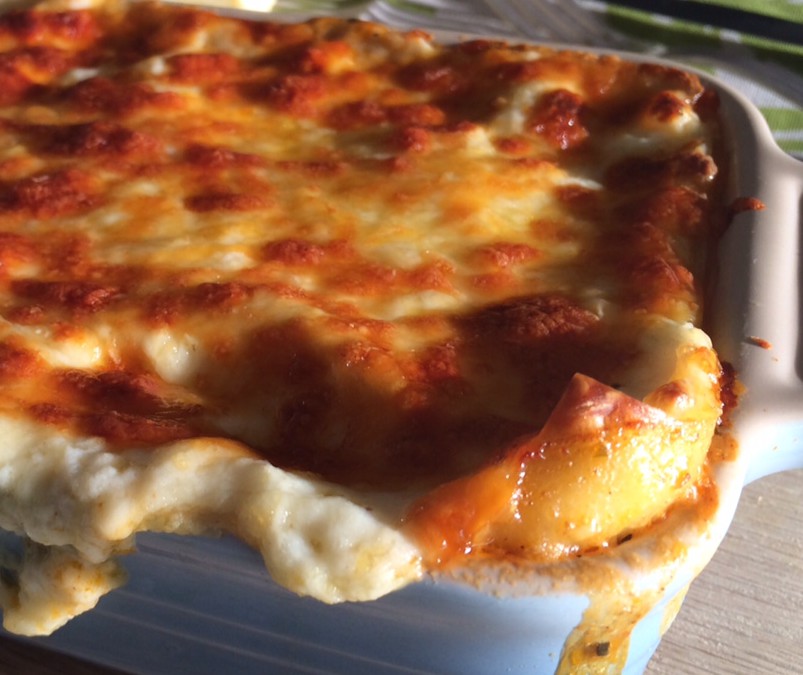 Who doesn’t enjoy a good Lasagne? This one is quick and easy but packs a delicious punch of flavour that will have you returning for more and more and more …

4 cloves garlic (crushed to a paste)

Cheddar and Mozzarella cheese for topping

For the Béchamel Sauce

Pinch or 2 of salt and pepper

In a deep pot bring half the oil to temperature, add the mince and cook over a medium heat.   While that’s going on, heat another pan, add the remaining oil and gently *sweat the onion and celery for 2 or 3 minutes, before adding the cinnamon and garlic and cooking for an additional 2 minutes before adding all, to the mince pot.

Now add the tomato puree, parsley, oregano, mustard seeds, canned tomatoes, stock and the wine and stir to combine. Bring to the boil and then drop the temperature and simmer for 30 minutes, stirring regularly to prevent sticking to the pot.

Pour boiling water into the kitchen sink and lay pasta sheets – this will par cook the sheets, lessening the required cooking time.

To make the Béchamel sauce … Melt the butter in a heavy-based pot over a low heat, then add the flour. Stir with a whisk, and cook gently for 2- 3 minutes to make a white *roux. Slowly pour the cold milk on to the roux, whisking as you do so, and bring to the boil over a medium heat, whisking continuously.

Once the sauce comes to the boil, lower the heat and simmer gently for about 10 minutes, stirring continuously to prevent lumps forming. Season to taste with salt, pepper (preferably white) and add the nutmeg.   Continue stirring until the sauce thickens to the desired consistency. If it thickens too much, add a little milk, stir through and remove from the heat.   Stir in the parmesan cheese and adjust the seasoning with salt and pepper.

Remove your pasta sheets carefully from the water and lay on a clean dish towel, cover with another dish towel to pat dry.

If your mince still contains a lot of liquid, increase the temperature and bring to the boil for a few minutes, to cook away some of the excess liquid. Remember however, that it is a mince sauce so you don’t want to cook away all the delicious sauce you have just spent 40 minutes creating.

To assemble – spoon some of the mince mixture into your ovenproof dish, cover with lasagne sheets, spread over some of the béchamel sauce and repeat the process ending with a layer of béchamel sauce. Top with a mixture of cheddar and mozzarella cheese and bake in the oven for 25 – 30 minutes or until golden and bubbling goodness

*Roux – A roux is a common way of starting many sauces. It is a mixture containing equal parts of flour to fat (butter) used to thicken liquids. The longer a roux cooks, the less its thickening ability.