Looking back on a year in Culinary School… 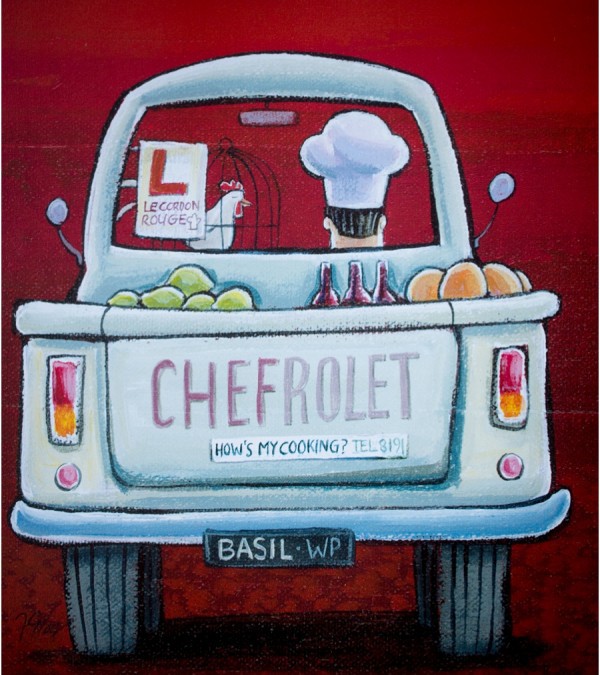 After I took the first step and enrolled into Culinary School, the universe aligned the stars for me and opportunities and offers I hadn’t even imagined, started to present themselves….

I was in turmoil at the prospect of resigning from my job.  As a company, we celebrated so many highs and overcame so many challenges together, that the few of us that remained, felt more like family than colleagues.   The turmoil was heightened by the prospect, of losing my source of income, my independence.  My husband, my real life hero, had assured me that he could support us for the duration of my studies but this amazing gesture and unquestionable support, weighed guilt heavily on my heart.  How could I accept such an offer?

My boss offered me a generous part time position – the last piece of the puzzle was now in place!  This turn of events, meant that I would be studying part time instead of full time which lead to Universe aligning stars again because looking back now, I do not believe I would have survived going back to ‘school’ full time…

I was 33 years old.  All the full time students were fresh out of high school, not taking college seriously, more interested in what the weekend plans were, this was evident on the few occasions our worlds collided.  I on the other hand, thought college was very serious.  So serious, that I had taken a pay cut to be there and was sacrificing evenings I could have been spending at home with my husband and cats (more on them later).  It had taken me my whole life to figure out what I wanted to do and now that I finally knew, I was not going to waste another second messing about.  I showed up at class to learn, if there was a test, I studied like my entire career depended on the results of this one test, I took notes in class (I will refer back to my little pink notebook till the day I die – thank you Dines & Al, best gift ever),

I recorded demonstrations on my iPad so that I could go home and practice the technique, I took photographs of everything I cooked in class so that I could monitor my progress.

I realized quickly how much I still craved that interaction and professionalism of the corporate world and having access to it, for 5 hours a day, was a welcomed break from my life as a student.  The full time class, consisted of over 30 students with an average age of between 18 – 22.  My evening class, consisted of 5 students, myself included.  All like minded individuals, ages ranging between late twenties to early forties. All of whom had made sacrifices to be there, to follow their dream.  Yes, that was where I belonged and thank you, to the powers that be, for guiding me there.

Was Culinary School everything I thought it would be and more? NO.  Sad to say, but isn’t that the reality of life? Things are never quite as you expect them to be, are they?  Being in a mad love affair with all things culinary and now setting off on this adventure of mine, I don’t think any school could have lived up to my romantic notions of what cooking school would be like.  Having just finished reading “The sharper the knife, the less  you cry”  by Kathleen Flinn( a real life story about a woman of similar age to myself, who left her life behind in the UK and headed off to Paris to study at Le Cordon Bleu, even though she couldn’t speak French), I was very inspired …  I imagined myself in immaculate chef whites (but in truth, I looked more like Michelin Man than Top Chef), I imagined state of the art knives and gleaming equipment (what do you mean we have to whisk our meringues by hand? Where are the electric Kitchen Aids, hmmmm?), I expected French speaking chefs who were passionate about what they were teaching and who would share their best tricks of the trade with me, I imagined tables of fresh organic produce, duck breasts in abundance, mushroom truffle risotto, scallops, stocks bubbling over on the industrial sized gas hobs. I imagined myself as Julia Child, quickly rising to the top of the class and excelling at all I attempted.  But, In reality, you don’t use ‘A Grade’ ingredients, the equipment is more ‘old and slimy’ than new and shiny, I didn’t excel at every dish I made (I still haven’t mastered the art of how to tourne a vegetable butttt I will not give up!),  WE were the dishwashers and we had to sweep and mop after every lesson and scrape the leftover food out of the kitchen sink (bleh!).  We had to take the rubbish out (okay, I never had to take the rubbish out – that terrible task, at the dead of night around 11pm, down 3 dark floors of stairs, into an isolated back of building exit, fell on 1 of the only 2 boys in our class – thanks guys, forever grateful – owe you big).

The Highs? The lessons? The achievements?  Oh, so many, I will share some as we go along … for now, let’s start with these…

I can’t explain it, I just do

The day I met Gordon Ramsay

SO in summary … if you are reading this and there is a passion stirring inside of you but you are too afraid to listen to it, to dare to dream that it could become your reality … Make your first move, take that first step and I promise, the Universe will be there to align the stars for you…